Nearly a week ago we brought home our official future milk cow.  Emily (jury’s still out on whether or not we’ll keep the name) is a 3-year old red lineback cow due in late November/early December with her 2nd calf.  The bull is a lineback as well, so we’re hoping for some nice color!  Speaking of color, we’re in love with the lineback look – and get an especially big kick out of Emily’s “grumpy” eyebrows!

Her sire is somewhat well-known in lineback circles: Rosybrook Jade Red.  Her mother was an Ayrshire who lived to be 24 years old, and still calved until the last couple of years of her life.  That being said, I think Emily may have been her last calf, or close to it.

Emily has been known to be a one-gal cow (she never really took to the previous owner’s husband), and she’s been slowly warming up to us and adjusting to her new home.  So far, we’ve discovered she absolutely loves burdock leaves!  We’re hoping to be good friends by the time she freshens and milking begins.  (Mmmmm!  Fresh milk!) 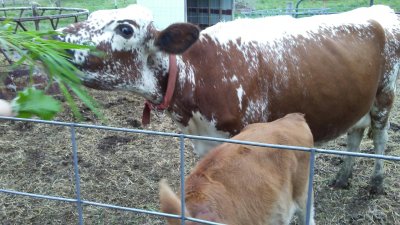 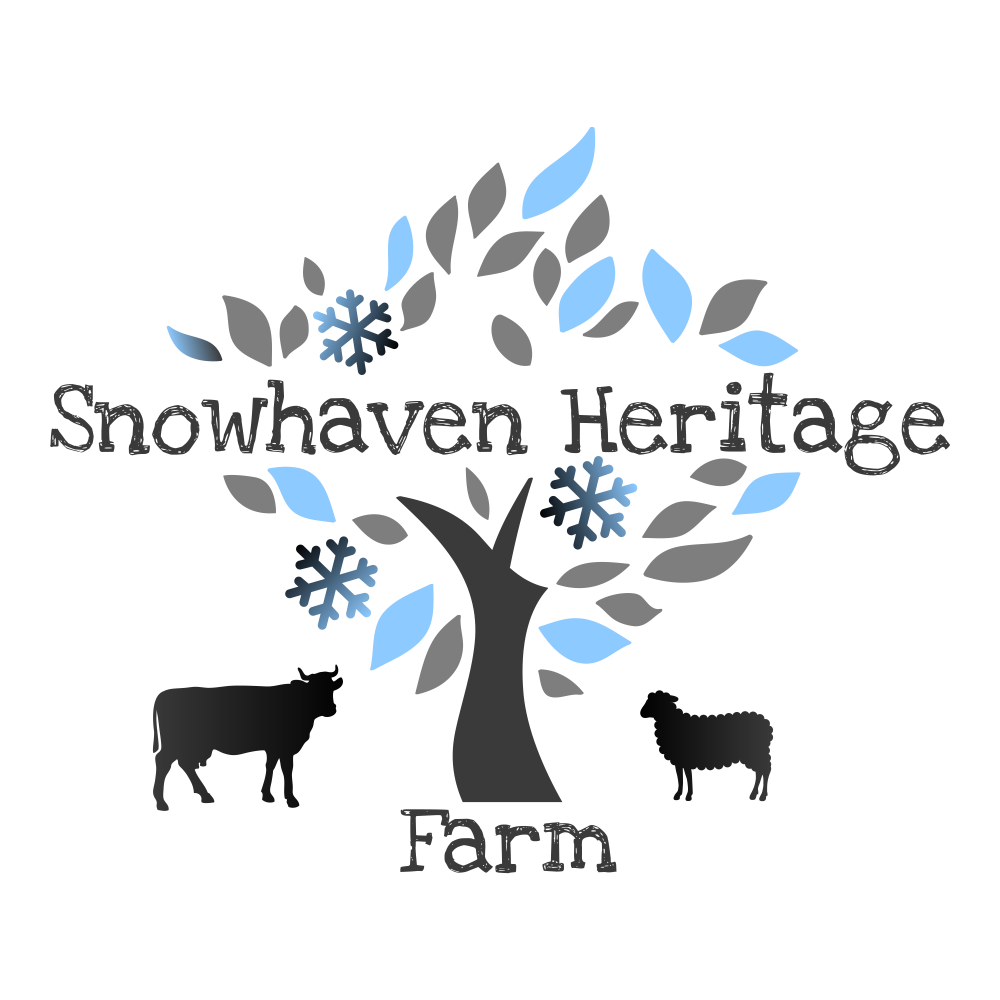 We’ll Show you Around!